Buckwheat has found its way into my diet recently as a part of me trying to track down the cause of my acid indigestion. While I still haven’t got to the bottom of that one (cutting out caffeine and reducing lactose seem to have helped though), it does mean I have been introduced to one of the more interesting breakfast cereals.

Buckwheat isn’t really a cereal at all, being the seeds of a plant related to rhubarb. Buckwheat is gluten free and has a low glycemic index meaning it is one of the world’s great super-foods. It is with that in mind that I have paired it with blueberries, high in anti-oxidants and pecans, high in plant sterols – great for reducing cholesterol.

I toast my buckwheat before cooking which really isn’t difficult at all; simply empty the seeds into a dry pan over a medium heat and give a shake every couple of minutes. They’re ready when the have the slight aroma of popcorn and a nut brown colour. 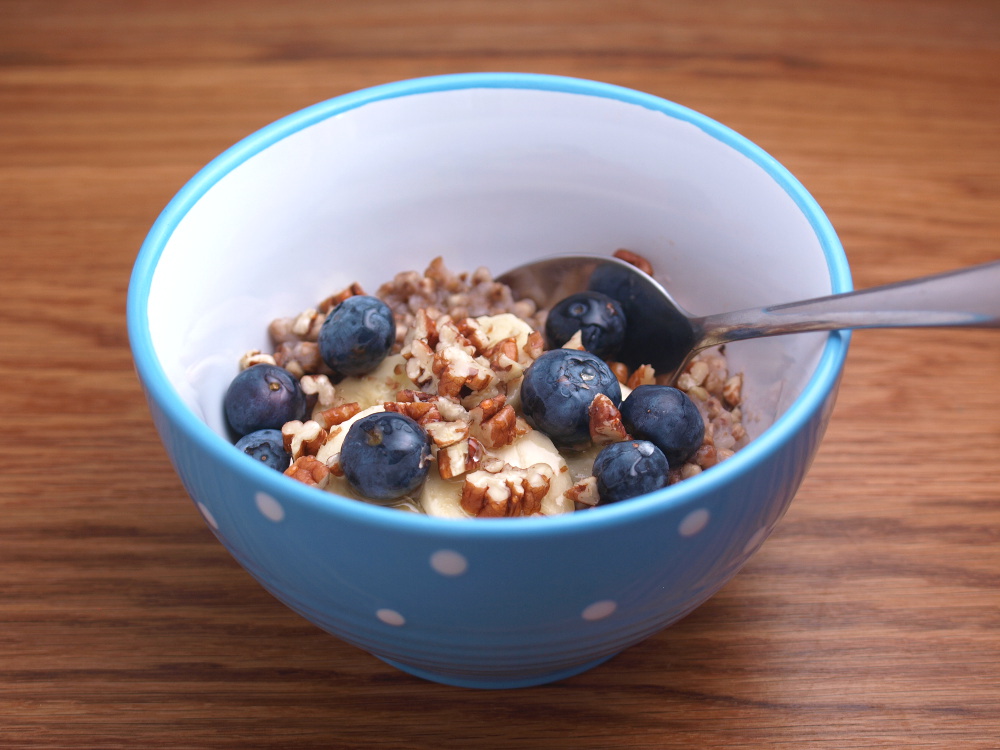 Summary: This Buckwheat Porridge is gluten free, has a low glycemic index and is packed with cholesterol lowering plant sterols and anti-oxidants. Breakfast doesn’t get much better!

As a rule of thumb, allow 50g of buckwheat per person and use 3 / 1 as the ratio of liquid to buckwheat required.

Feel free to substitute the almond milk with either water or regular milk if you prefer.
Any of the fruit can be swapped out according to your preference.