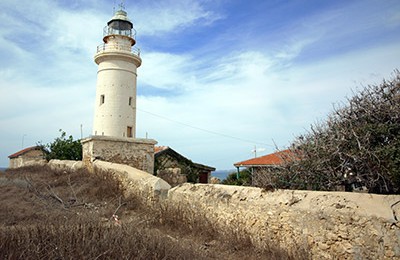 A Holiday to Cyprus

Not long after my last post “Autumn is here” I jetted off to Cyprus with the family for a complete change of scenery and weather.  We spent the time swimming with Mia, exploring, and stuffing our faces with delicious Greek food.

I can’t remember if I blogged about this but during this year’s summer holiday to Poland Mia had to be admitted to hospital with a lung infection.  That kind of ruined what had been up until then a great and hot vacation, as both Mia and Gosia (her Mum – my Wife / Boss) were stuck inside a ward for just over a week.  It was with that in mind that we decided to head off into the sun again.

I certainly think this holiday has made it up to Mia though; she now absolutely loves swimming (even if that currently consists of nothing more than being swished around in the water by family members) and the merest mention of the word is now enough for her to toddle off, find her swim suit and come back shouting “Dada!” at me until we go.

We stayed in Paphos / Pafos and the weather was great at around 30 c each day.  While the area itself wasn’t as beautiful as, say, Malta (we stayed in Sliema a couple of years ago and it was fantastic with views of Valletta across the harbour), there was certainly a lot to see and do, from the Archaeological Site with its ruins and lighthouse through to the harbour with its collection of restaurants serving traditional Greek Meze and dishes such as Stifado.

Mia’s favourite was probably the Bird and Animal park, where she got to see many animals for the first time.  Her impression of a giraffe (which involves her flicking her tongue in and out complete with sound effects) is priceless – although if I’m critical it is pretty much the same as her snake impression!

And the food?  It’s the reason I keep coming back to the Greek islands.  Despite being almost 600 miles away from Athens, Cyprus (or at least the south of it) is typically Greek and the food is generally great.  Sure, it’s harder to eat out at “posh” restaurants now that we have a toddler (who doesn’t like sitting still for more than a few minutes at a time), but in the majority of harbour restaurants that isn’t a problem.

Now I’m back in England and 12 degree temperatures.  I’ve already been out in the garden setting up a small veg patch ready for the garlic and onions I’ve decided to plant (based purely on the fact they’re ready to sow now) and I’ll be letting you know how that’s going shortly.

Final note:  Just before we flew back from Cyprus I bought a jar of pollen in a local shop and now have no idea what to what to do with it – I just had to have it, because I’d never seen if for sale before.  If anyone has any ideas, please let me know in the comments!

My name is Scott and I love food; talking about it, cooking it and eating it. Iâ€™m not a chef or anything exciting like that â€“ I just cook at my home in Lincolnshire with my wife Gosia and daughter Mia for the sheer enjoyment of it.